40th Anniversary of a Billboard-Free Maine 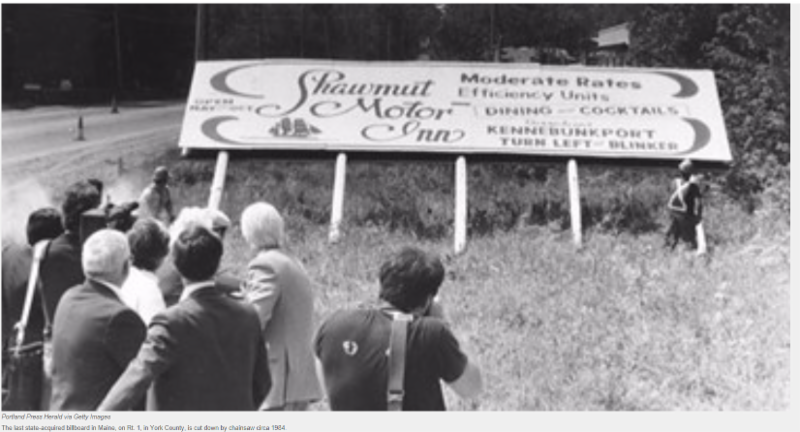 (NEWS CENTER) – Forty years ago Thursday, Maine Gov. James B. Longley signed into law an act that eventually removed about 8,500 roadside advertising billboards across the state.
Maine was the second state in America after Vermont in 1968 to ban off-premises billboards, according to the Portland Press Herald.
Maine’s 69th governor, who proposed the ban, was quoted by The Associated Press after adding his signature to the legislation as telling reporters the move proved that “the people own Maine.”
The billboard ban law officially took effect on Jan. 1, 1978. It then took six to seven years before all were eliminated, and the last state-acquired billboard in Maine – located along Route 1 advertising the Shawmut Motor Inn in York County – was cut down by chainsaw circa 1984.
In 2013, nine separate bills introduced in the Maine Legislature sought to adjust state sign regulations, but all were ultimately rejected.
Maine law, per the Press Herald, states signs within 1,000 feet of a business are legal, but are subject to requirements, including a 25-foot height limit.
For a more comprehensive account of the history behind Maine’s billboard ban, visit www.nrcm.org.

US Out of Home Companies More Risky Than Stock Market

END_OF_DOCUMENT_TOKEN_TO_BE_REPLACED

5 Tactics to Keep in Mind with Digital Signage 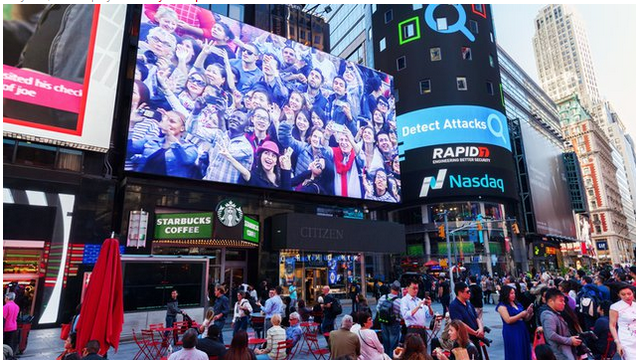 A report by Microsoft reveals the average human loses focus after eight seconds. Goldfish, with an attention span of nine seconds, now have us beat. This is a four-second drop from 2000 when humans had an average attention span of 12 seconds, according to a Time report. Technology is a driving factor behind this drop.

END_OF_DOCUMENT_TOKEN_TO_BE_REPLACED

BULLHEAD CITY – Out with the old, in with the new.
The Bullhead City Council on Tuesday approved an agreement with Lamar Advertising that will bring a new digital billboard to the west side of Highway 95, between Riverview Drive and North Oatman Road.
As part of the terms, the company will remove an older, standard billboard from a space near Riviera Boulevard and Plaza Drive. With each new billboard placed within the city, an older one will be taken down, City Manager Toby Cotter told council members.
The agreement for the first sign states that the city will receive at least $10,000 a year in rent. Cotter said the amount paid to the city, which will be based on advertising revenue, is expected to be higher.
In addition, he said, the city will get one 8-second message per minute on one side of the billboard, and access with which to put out the word about local emergencies.
Cotter said the first sign will be aesthetically pleasing with a brick facade.
The agreement is for 15 years, with a possible 10-year renewal built in.