The Texas Highway Beautification Court Decision and Its Aftermath

On August 26, 2016, the Texas Appeals Court for the Third District in Austin voided the two sections of the Texas Highway Beautification Act (“HBA”) addressing permits, licenses, enforcement, and regulation on the ground that the Act violated the First Amendment’s protection of Free Speech after the US Supreme Court’s decision in Reed vs Gilbert.
Insider talked with Richard Rothfelder a partner at Rothfelder Falick about the ramifications of the decision. Rothfelder is a billboard legal expert and has written “Compensability and Valuation of Billboards and Cell Towers under Texas Condemnation Law.”
Richard, briefly what did the Texas court decide and why?
The Court held in an unanimous decision that Subchapters B and C of the Texas HBA, which deal with permits, licenses, enforcement actions, and regulations on height, size, and spacing pertaining to off-premise signs, to be unconstitutional under the First Amendment for violating Free Speech.  It did so because the Act contained “unconstitutional content-based restrictions on speech.” 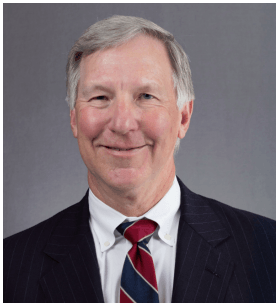 More specifically, the US Supreme Court held in its 2015 decision in Reed vs. Town of Gilbert that the First Amendment is violated when speech, including that communicated on signage, is regulated based on the content of the message displayed on the sign, as opposed to mere “time, manner, and placement” restrictions. In Reed, the City’s regulations on the size, location, and time a sign could be displayed depending on whether it displayed a message about church services.
In Auspro, similarly, the Texas HBA exempted from regulation signs displaying messages about elections. In both cases, one must read the content displayed on the sign to determine what, if any, regulations apply to that type of message. Further, while the facts in Auspro were originally limited to a “Vote for Ron Paul” election sign, the Court went on to note that the Texas HBA also contained numerous other regulations and exemptions based on the content communicated on the particular sign, including on-premise vs off-premise signs. For example, a message displayed on a sign advertising goods, services, or businesses located on the same site as the sign would be considered an exempt on-premise sign under the Act. By contrast, if the same structure advertised goods, services, or businesses located at sites other than where the sign was situated, it would be considered an off-premise sign subject to a laundry list of permit, license, and regulatory requirements. Accordingly, the Court went beyond just the exemptions for election signs under the Act, and struck as unconstitutional those provisions on billboards as well.

END_OF_DOCUMENT_TOKEN_TO_BE_REPLACED

Look Up: In the Digital Age, Billboards Are Far From Dead 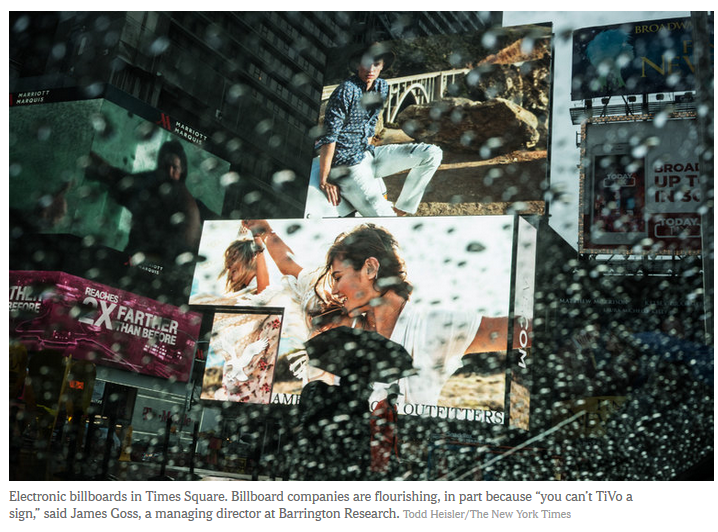 When Axl Rose ended a 23-year feud with his former Guns N’ Roses bandmates, Duff McKagan and Slash, and agreed to reunite with them onstage in 2016, the band unveiled its North American tour in an unusual way. There were no news conferences, talk-show chats or photo ops. Instead, flashy electronic billboards featuring the band’s logo and famous song titles began popping up in major cities across the country.

The ads created buzz on social media, with fans posting photos of the billboards on Facebook, Twitter and elsewhere, and ticket sales for the band’s shows took off. END_OF_DOCUMENT_TOKEN_TO_BE_REPLACED

The District is suing a company that builds large LED signs in the city, saying the signs were constructed illegally and are a danger to the public.

The lawsuit, filed in D.C. Superior Court on Wednesday against Digi Media Communications and the owners of buildings where the signs were erected, says the signs “tower over and above pedestrians, causing substantial and significant risk to public safety.”

END_OF_DOCUMENT_TOKEN_TO_BE_REPLACED

NEW YORK, NY – Westfield Brand Ventures has launched a 19 screen digital out-of-home network at New York’s World Trade Center. The screens, one of which is four-stories high and another that’s more than 280 feet long, allow for a wide range of messaging including live video streaming, and can be run concurrently or individually.