For more than a decade, the out of home advertising (OOH) industry has worked with law enforcement to involve the public in efforts to bring fugitives to justice. By placing faces of these fugitives on billboards, the Federal Bureau of Investigation (FBI) has created a stream of invaluable information that has led to more than 50 arrests by the FBI.
The nationwide efforts continue today. In fact, the FBI recently apprehended one of its Ten Most Wanted suspects after billboards and other media soliciting citizen input were launched in several states. 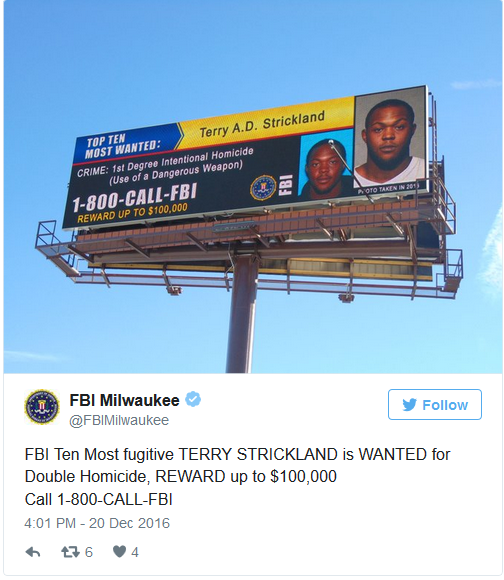 The FBI has field offices throughout the US conducting investigations on multiple cases. These range from robberies to drug trafficking to murder. Many of these investigations involve multiple agencies at the federal, state and local levels.
The use of billboards began locally and grew from there. The FBI’s National Digital Billboard Initiative was launched in Philadelphia in 2007. A graduate of the FBI’s Citizens Academy who was also an executive with Clear Channel Outdoor offered free billboard space in order to help catch criminals and locate missing children. The initiative was a success. Shortly after, the FBI’s National headquarters learned about it and decided to try it on a national scale.
Over the past decade, the scope of the program has grown. The FBI has signed agreements with many OOH media companies, providing the Bureau with quick access to more than 6,700 digital billboards across the country. Close relationships have been forged, and wanted posters are often live within minutes of an FBI request.
Supervisory Special Agent Bret Hovington sees the billboards as a key part of investigations. In 2014 he said, “What it means for the FBI: it now takes our investigation and adds a sixth man. The sixth man in basketball is very important and most of the time it’s the audience. In a situation like this, it lends eyes and ears to our investigations because it provides additional information that we just may not be able to run across in our day-to-day operation.”
Digital billboards have been instrumental in cracking some major cases, including the Granddad Bandit in 2010, the Fake Beard Bandit in 2011, and the Ball Cap Bandit in 2012. In 2011, the FBI launched a media campaign to garner tips in the case of the East Coast Rapist, which had been cold for many years. Shortly after digital billboards spread the word across multiple states, tips poured in, and the suspect was caught within days. 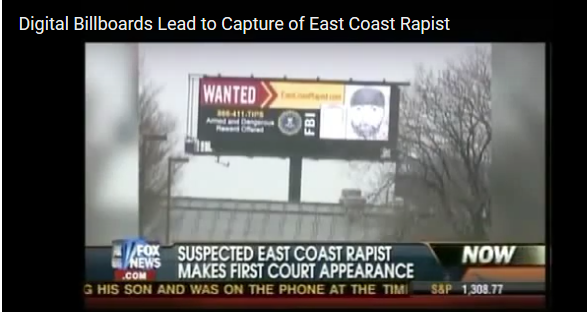 Law enforcement in Albany, New York, has also used billboards to generate tips from citizens regarding corruption in state government. This is the result of a partnership between the IRS and the FBI and has been tried in other states. 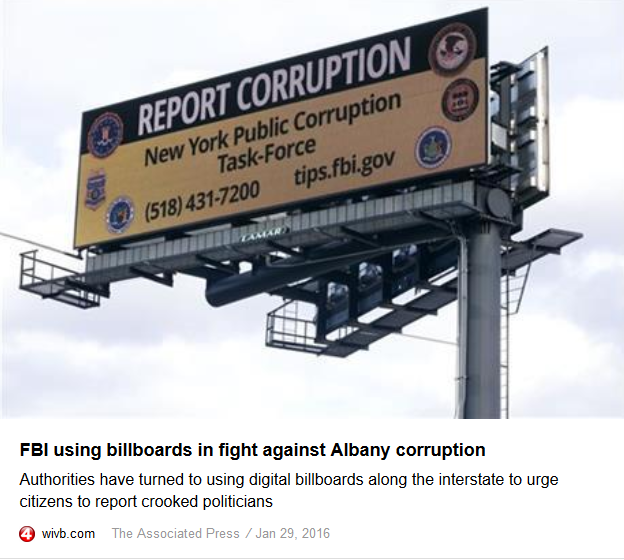 Mike Kortan, the assistant director for the FBI’s Office of Public Affairs, has said the cooperation between the OOH industry and the FBI has yielded results.
“The companies’ willingness to assist us in bringing criminals to justice, as well as the speed in which they are able to publicize the information, is a tribute to their organizations,” he said. “Their efforts have given us an added edge to identify, locate, and apprehend fugitives-and that, in turn, has helped to stop many criminals from further victimizing the public.”
Sign Up for our Newsletter!
Sign Up for our Newsletter!