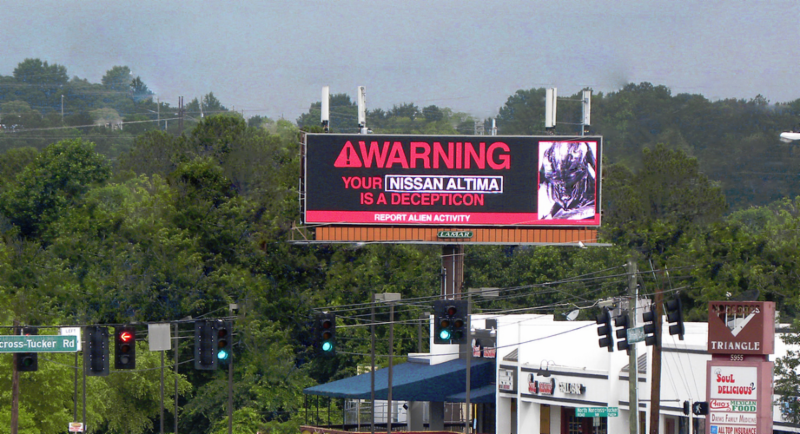 Drivers cruising along in their cars will see a tailored message displayed on the billboard with the make and model of their car: “Attention. Your Honda Civic is an Autobot” or “Warning. Your Toyota Camry is a Decepticon”.
Campaign highlights:

“Data-based technology is taking digital out-of-home to a new level,” said Ian Dallimore, Director of Innovation and Sales Strategy for Lamar Advertising Company. “Using Lamar’s digital network and vehicle recognition technology, we are able to help Paramount Pictures deliver a personalized one-to-one message to Transformers fans. We expect this campaign to generate a lot of buzz for the movie, and we can’t wait to see how fans react.” 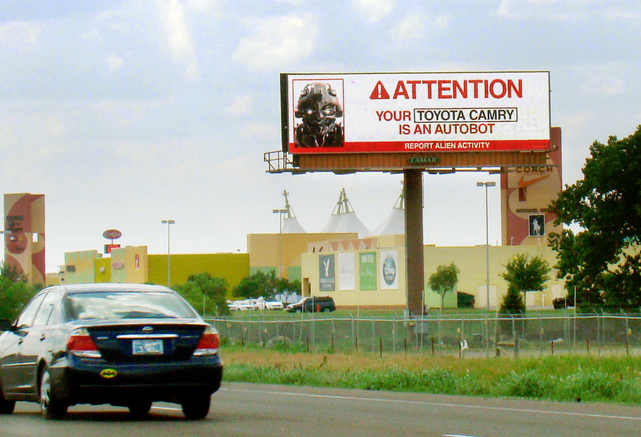 The campaign is now live in New York City, Chicago, Philadelphia, Atlanta, Dallas, Detroit, Cincinnati and Oklahoma City and will run through June 25, 2017. Transformers: The Last Knight will release in theaters on June 21, 2017.

About Lamar Advertising Company Founded in 1902, Lamar Advertising Company (Nasdaq:LAMR) is one of the largest outdoor advertising companies in the world, with more than 330,000 displays across the United States, Canada and Puerto Rico. Lamar offers advertisers a variety of billboard, interstate logo and transit advertising formats, helping both local businesses and national brands reach broad audiences every day. In addition to its more traditional out-of-home inventory, Lamar is proud to offer its customers the largest network of digital billboards in the United States with over 2,600 displays. Please feel free to explore our website www.lamar.com or contact us at hello@lamar.com for additional information.