Posterscope USA did its part to draw attention to the September 21st premier of FOX‘s new Lethal Weapon TV show with a somewhat controversial 3D billboard in Times Square. This advertisement, which plays continuously, tailors itself to daytime and nighttime and rotates out with other ads at the corner of 7th Ave. and 46th St., makes it appear as if a car is crashing out of the high-rise building and plummeting onto the FOX network logo before Martin Riggs and Roger Murtaugh (the two lead characters played by Clayne Crawford and Damon Wayans in this incarnation) peer down at the wreckage in amazement. The tagline reads “Good Cop. Crazy Good Cop.”

Some have raised the question about whether or not this content is appropriate for New York City and a skyline that was so heavily impacted by 9/11. If it was a 3D airplane crashing through the high-rise, then that argument may hold some water. But it’s Times Square, and loud and brazen advertising is the name of the game. 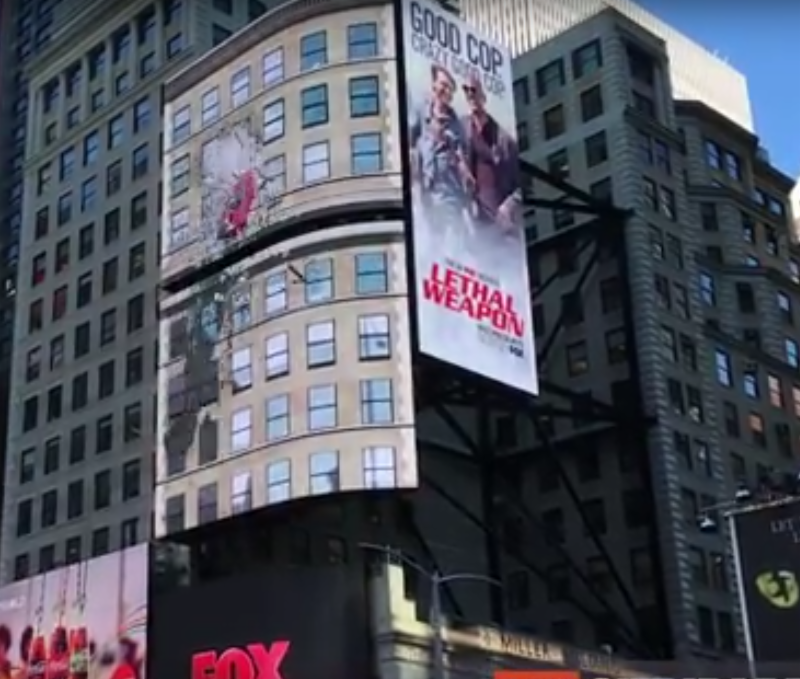 “You want to have something that’s distinctive and breakthrough and we’ve clearly, literally, created that breakthrough moment,” Fox Broadcasting chief marketing officer Angela Courtin told The Hollywood Reporter.
In reality, this campaign and installation is no more offensive than shamelessly cashing in on the Lethal Weapon name and franchise by rebooting it for the boob tube after the formula has already arguably worn out its welcome with three sequels on the big screen and countless copycat vehicles featuring unlikely partners that overcome adversity only to become buddy cops in the process. 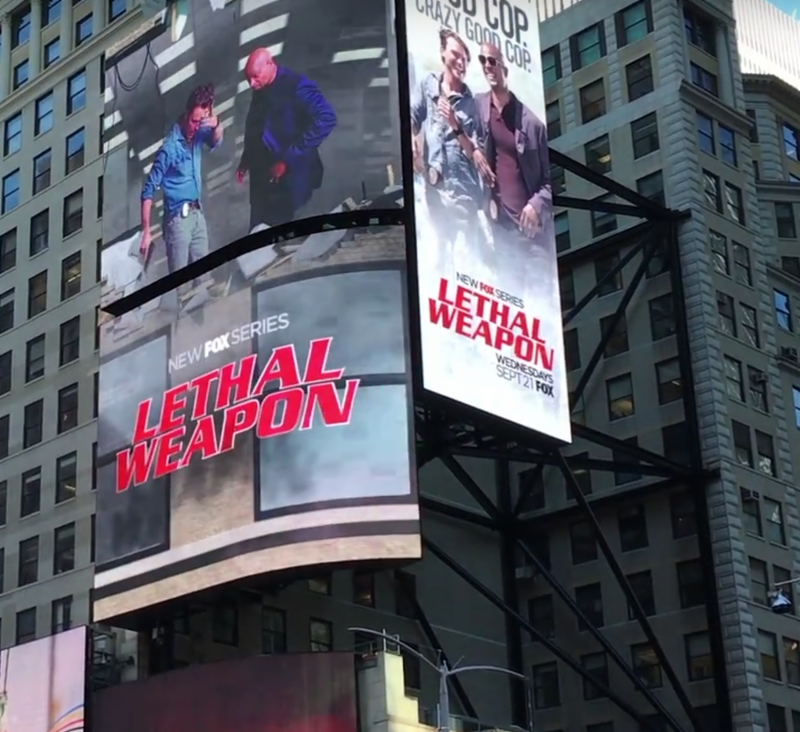