What the Feds Say About Digital Billboards Safety Research

What do the Feds say when asked about the Government’s research on digital billboards?
Not much.
However, the federal highway safety agency has just provided a clearly worded description of government research that says digital billboards are not distracting.
“The results of this study,” said an official from NHTSA headquarters, “are consistent with a wealth of research that has been conducted on vision in natural environments.”
The Back Story
FHWA spent years researching digital billboards and driver behavior. Its long-awaiting study, based on eye glances, was released without fanfare the day before New Year’s Eve in 2013, with:
More than a week would pass before news media noticed. The Hill published an article on January 7, 2014: “DOT study finds digital billboards don’t distract drivers”
Since then, the FHWA has said little, even when its research was criticized.
A Question from Georgia
In Georgia, an anti-billboard group called Stop Johns Creek Billboards contacted the federal government to express concern about safe-driving messages displayed on digital billboards.
This group’s inquiry about digital billboards and safety was sent to the NHTSA. The FHWA, which conducted the research on digital billboards, is NHTSA’s sister agency within the US Department of Transportation.
On November 23, 2016 – the day before Thanksgiving – the federal highway safety agency explained the federal research in an email reply to the anti-billboard group in Georgia. The full response appears below.
Highlights include: 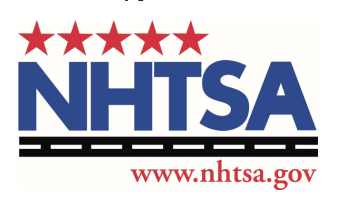 Email from NHTSA to John’s Creek Billboards:
From: Lori Millen <Lori.Millen@dot.gov>
Date: Wednesday, November 23, 2016 at 2:41 PM
To: “info@stopjcbillboards.org” <info@stopjcbillboards.org>
Subject: Johns Creek Billboards
Dear Ms. Murphy:
Thank you for sharing your concerns about the Stop the Texts. Stop the Wrecks. digital billboards in Johns Creek, GA. Your emails to TSM, Susan McMeen, and NHTSA’s Region 4 office were forwarded to me for a response.
Please be advised that the US Department of Transportation’s Federal Highway Administration (FHWA) contracted the Science Applications International Corporation (SAIC) to study the effects of digital billboards on driver attention and distraction in 2007. This study, which was based on how long drivers took their eyes off the road when in the presence of digital billboards, was conducted to determine if digital billboards posed an unsafe driver distraction. The study was completed in early 2010, and a draft report was subjected to peer review in 2012.
On December 30, 2013, FHWA released its final report that included the following findings:
The results of this study are consistent with a wealth of research that has been conducted on vision in natural environments. In the driving environment, gaze allocation is principally controlled by the requirements of the task. The present data suggest that the drivers in this study directed the majority of their visual attention to areas of the roadway that were relevant to the task at hand (i.e., the driving task). Furthermore, it is possible, and likely, that in the time that the drivers looked away from the forward roadway, they may have elected to glance at other objects in the surrounding environment (in the absence of billboards) that were not relevant to the driving task. When billboards were present, the drivers in this study sometimes looked at them, but not such that overall attention to the forward roadway decreased.
FHWA has authority over issues relating to outdoor signage. If you have any additional questions or concerns, I would encourage you to contact Melissa Corder at melissa.corder@dot.gov. She can provide you with more detailed information about the FHWA studies.
I hope this information has been helpful to you, and thank you for your interest in highway safety.
Sincerely,
Lori Gabrielle Millen, Marketing Specialist
U.S. Department of Transportation/NHTSA
1200 New Jersey Avenue, S.E.  W52-234
Washington, D.C. 20590
202/366-9742   lori.millen@dot.gov 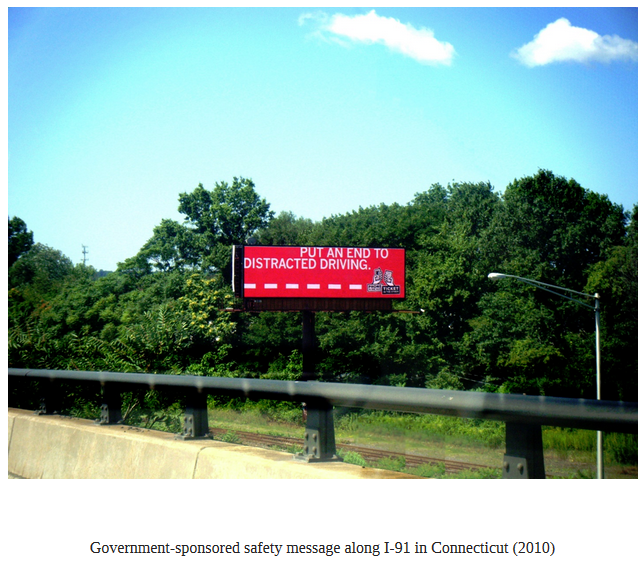