This week’s Video of the Week has actually been featured in Sign & Digital Graphics before, although not in such visual fashion. As the man says, when you’re putting up a billboard in New York City’s Times Square, “you have to go big if you want to get noticed.”
That’s exactly what the parent company of the 1,900-room Marriott Marquis decided to do to celebrate the hotel’s 30th anniversary in 2015. The year before-just in time for the holiday shopping season-construction was completed on a billboard sitting atop the hotel that is roughly the size of a football field. Built by the Mitsubishi Electric Corp., the Diamond Vision AVL-ODT10 screen is 78′ high x 330′ long, or 25,610 square feet. Its screen uses nearly 24 million individual pixels, equating to pixel density of 2,368 x 10,048.
The remarkable clarity results from Mitsubishi’s proprietary “Real Black” LED technology. Using a 3-in-1 surface mount configuration, black LEDs are used instead of the traditional red, green and blue “lamp” style LED products or the standard surface-mount products that use white LEDs. Mitsubishi claims that its Real Black LED technology is the most significant advancement in large-scale outdoor display technology since cathode ray tubes were displaced by LED diodes in the 1990s. 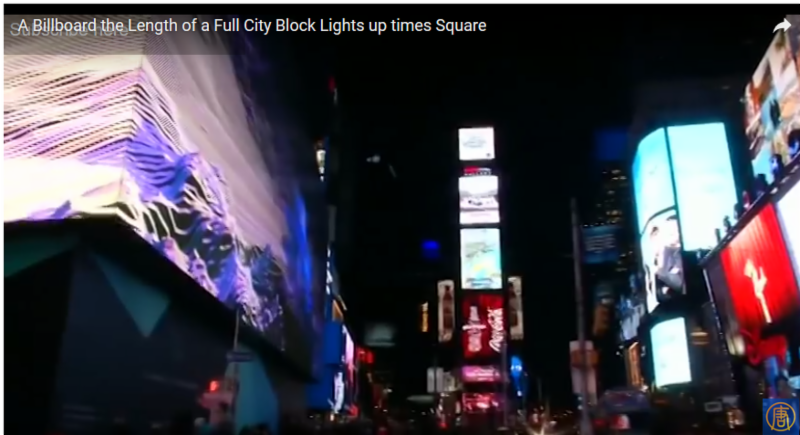