Insider has been skeptical of solar power and billboards.  Batteries run down and then it takes two days of sun for the lights to come back on.  Also the equipment is generally unreliable and expensive. 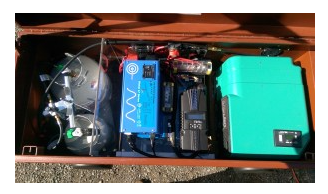 IQ Power systemsis developing a better solar alternative: a hybrid solar/generator system. The system is suitcase sized and weighs 500 pounds. and goes up on the billboard’s catwalk. Panels are pointed to the southern horizon to optimize solar generation. When it’s sunny the system uses solar power, when it’s not the system uses the backup generators. The system can use the Outdoor link control box for management to regulate when the unit uses solar and when the unit uses the generator.

Preliminary figures are that the system will cost $20,000 per billboard.  Insider has prepared tables showing that the return on investment is 12-22% depending on how expensive power is in your area.
Let’s assume you’ve got a 14 by 48 two-sided billboard with inefficient old lights using 75 kwh of power per day.   Here’s what the ROI is in different parts of the United States based on each region’s power costs. Insider notes, however, that some regions of the country such as the Pacific Northwest won’t have enough sunny days to make solar feasible.  Another issue with this analysis is that it doesn’t account for propane costs if your sign must run on the generator. 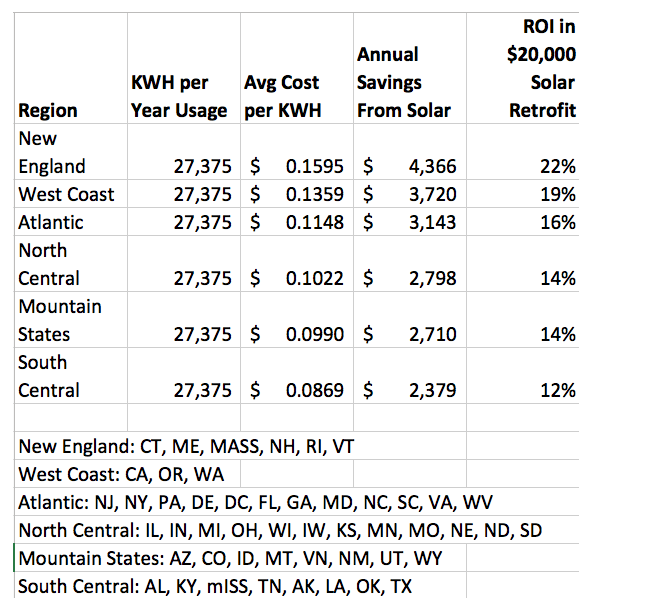